Posted by Kipper at 8:14 PM No comments:

News: Rockslide on the Potash branch 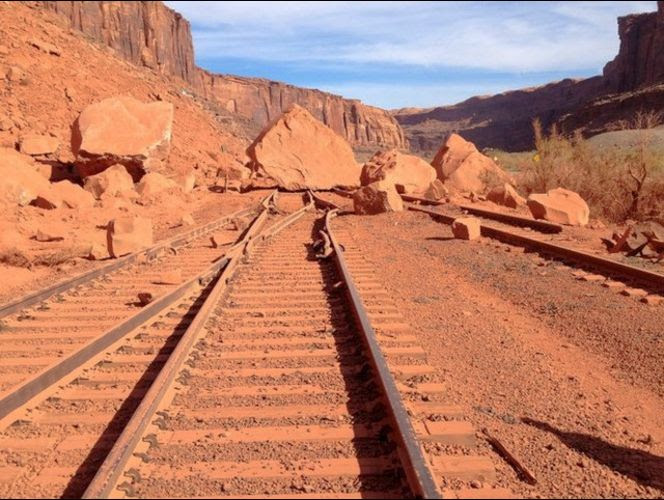 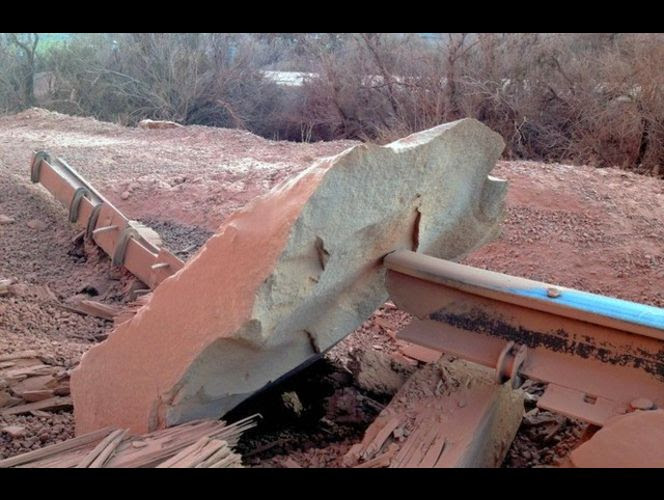 The rockslide effectively disrupted this weekend's outbound potash shipment. According to the article, repairs should be completed this Monday (November 19).
Posted by Kipper at 3:31 PM No comments:

The Utah State Railroad Museum holds in its collection a couple of pieces from the Denver & Rio Grande Western, which will be expounded upon in later posts. For this one, here is caboose 01457, built at the Burnham ( Denver) shops in 1947 as part of series 01450-01459. These cabooses were radio equipped, with PRR rooftop induction antennae, and painted black with white "flying Rio Grande" and two horizontal yellow stripes to designate the radio feature. 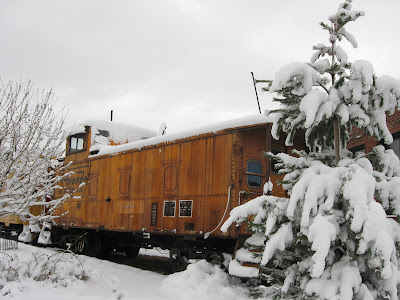 The windows were originally four-pane wood frames; the car was repainted in 1975 in the all-orange/black lettering “Action Road” scheme that it wears today. The four-pane windows were rebuilt to double pane, then blanked over in September 1985. At some point the interior was stripped of appliances and seats. 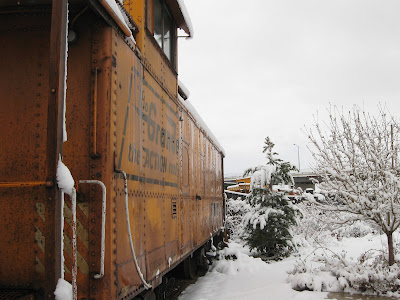 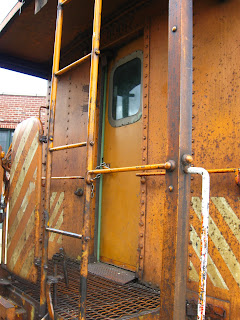 Posted by Kipper at 2:33 PM No comments:

News: A Lesson on who wins (Wellington)

An excellent lesson on looking both ways before crossing the tracks, on the old D&RGW main line through Carbon County. On November 2nd a man was filming a train in Wellington and caught a construction truck crossing the tracks in front of it - and the full hit as the truck is ripped in two and tossed aside.


You can read the full story  at the KSL.com Article. So please remember - Stop, Look, and Live. The train will win every time - and the railroad isn't responsible for your own negligence.
Posted by Kipper at 11:47 AM No comments:

About the Desert Empire Project

41 years later, the D&RGW was no more, having purchased the Southern Pacific and adopting that name. From there the remains of the Rio Grande disappeared over the years. Today, of the dozens of lines that existed in the past, the Union Pacific, BNSF, Utah Railway, Utah Central Railway and the Savage Bingham & Garfield are the only railroads left operating.

This blog is co-authored by Josh Bernhard, Jacob Lyman and Matt Liverani, railfans and historians from the Intermountain West.
"Through the Rockies...not around them!"

The documentary film Trackside: The Story of Railroad Photographers, produced by Desert Empire Project, is graciously sponsored by Trainlife.com.